Encircling a new urban plaza, the project includes studios for dance, music, sports and a library

The community centre includes a variety of spaces, such as an arts and crafts workshop, music rooms, dance studios, martial arts studios, a multi-purpose hall and a ‘youth wing’. Next to the main building is a library, built by Mif’al Hapeis, which operates as a multi-media centre, attracting visitors of all ages for a variety of activities. The two buildings are designed to operate together and separately.
The project is located in a new neighbourhood in the city of Rehovot, called New Rehovot, which is an area in development stages. The site is located in the centre of the neighbourhood which is designated for public buildings; some of which have already been built, such as an elementary school and a health club. Tall residential buildings are yet to be built in the area. The project was funded by Keren Hayesod Switzerland, under chairman Sami Bollag. 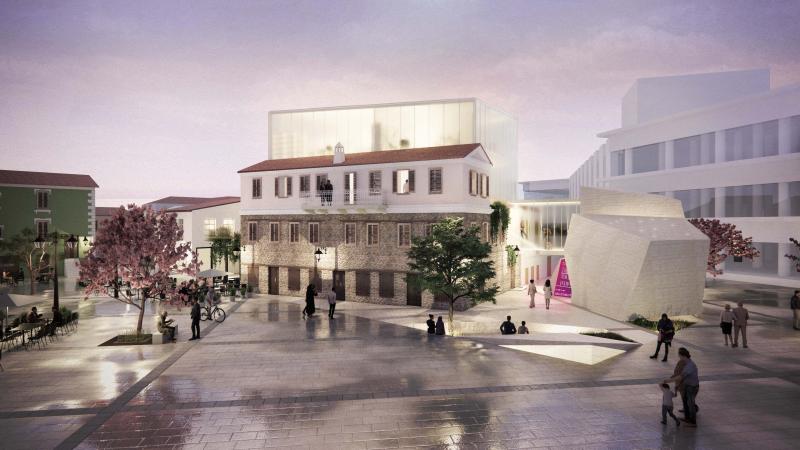 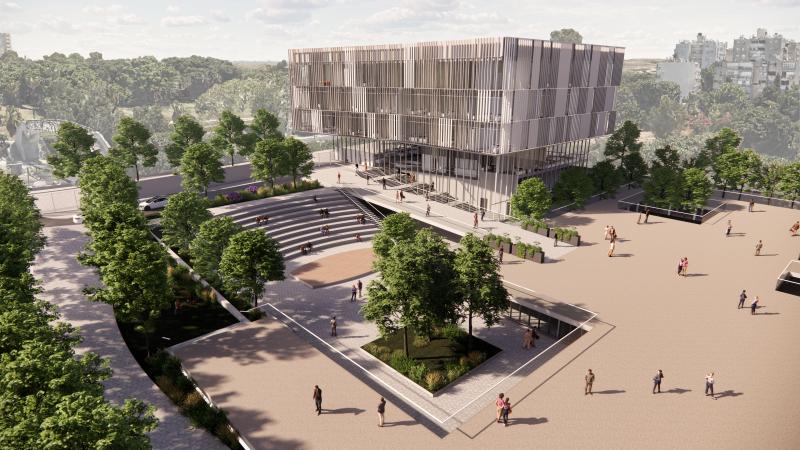 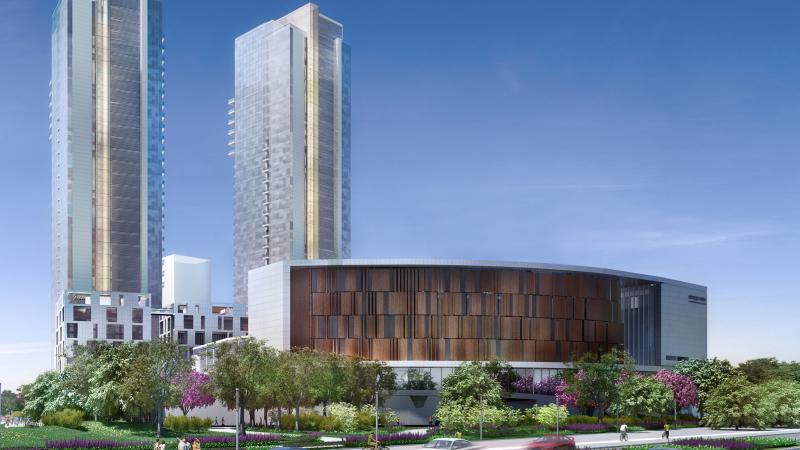