A space for the remembrance of the local heritage and the victims, and a community centre

The site is located in Babi-Yar – where on the verge of the trenches and the cricks 170,000 Jews were murdered, 33,000 of them in less than two days, on September 1941. Their bodies were covered with the local soil and more bodies. Today 100,000 Jews live in Kiev.
Local and Israeli architects were invited to this important competition.
Soil and its significance is the subject of this project. Soil is a unique and central element of the Shoah of Kiev. Trenches of soil whose structured forms bear witness to the way people were slaughtered in masses in Babi-Yar and hint at how they were cruelly buried therein.
But how is one to build on soil that is defiled-sanctified and infused with so much meaning?
We felt that in order to express the intensity of this protest it was crucial to cut out an enormous slab of earth and exhibit it on the site. In this way, the soil becomes exposed in its full power – a giant tombstone on the edge of the historical graveyards and the killing fields. The excavation of the soil creates two unique spaces: the Earth Wall and, its negative, a space of emptiness – the Pit.
Paradoxically, descending into the earth always symbolizes death, whereas there is a unique situation of ascension into the earth.
Externally, it is a well-defined and abstract entity. Internally, by digging out chunks of soil, unique spaces are created which form contrasting morphologies within the soil.
The project, therefore, consists of two parts, which are interwoven. On the one hand, a wing represents the past; on the other, a wing is associated with the present and future. These aspects of the project are contradictory and complementary: the past is heavy and opaque, made of soil, whereas the future is light, floating and transparent. Both wings are effectively connected by means of the Atrium.
Visitors going through the sections that represent painful experiences of the past will find themselves, at the end of their journey, in the heart of the vibrant Community Centre – the Atrium 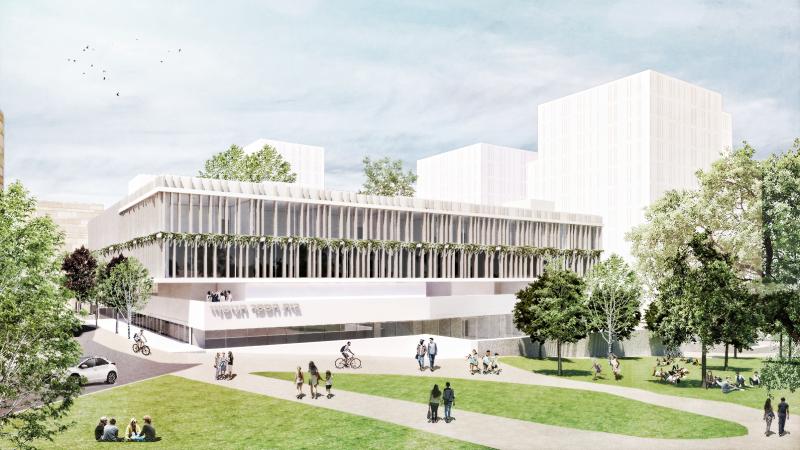 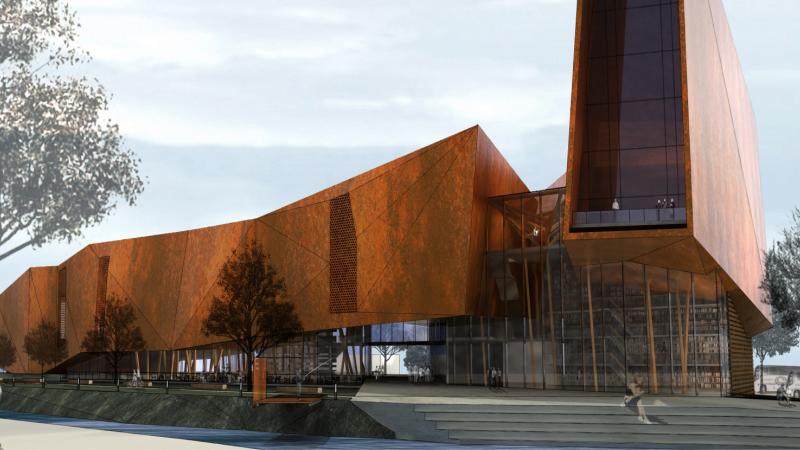