Start-up Nation Central (SNC) in downtown Tel Aviv is a centre of a foundation dedicated to Israeli tech companies, occupying a freestanding six-storey building that was converted to create coworking spaces, offices, meeting spaces and exhibition areas.
The middle section of the building (levels 2 and 3) is where the offices for the ongoing work of the foundation are located. The upper part of the building (levels 4 and 5) is the start-up nation home, which broadcasts the work carried out inside the building to the world. This area is designated to host delegations and create a bridge between the Israeli tech scene and the global scene. The lower two levels, as well as the lower ground floor, catering to the local tech ecosystem, in which start-up companies can book meeting spaces and attend lectures. On the ground floor, there is also a restaurant employing new promising chefs, which are intended to rotate regularly.
On the fourth floor – the start-up nation home – we designed a glass ‘pixel’ wall which is in part screens for ongoing information and in part designated for presentations of occasional meetings. It is attached to a large rooftop terrace with a unique canopy that frames the view of the sea. This space also includes several digital and physical exhibition areas which continue through a staircase to the fifth floor where the central meeting room of the building is located.
The design of the workspaces oscillates from formal environments to more laid-back and comfortable areas for ongoing work. As an architecture of the tech and computational world, the design language aspires for precision and practicality. Transparencies within the workspaces allow for views to the listed buildings from the early 20th century which surround the project. 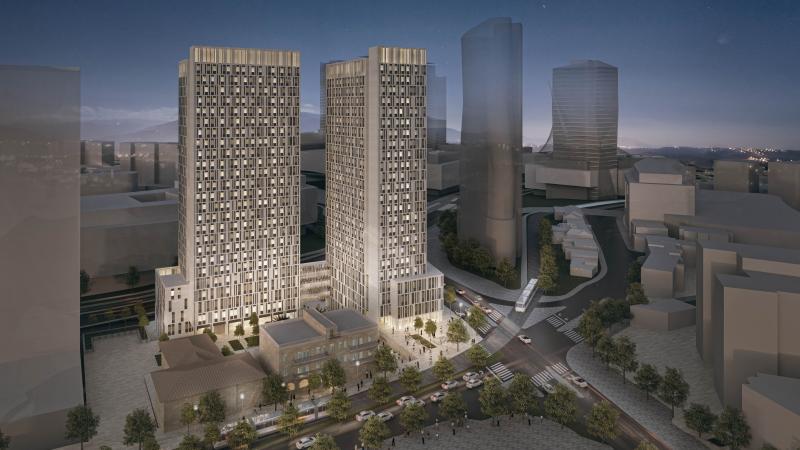 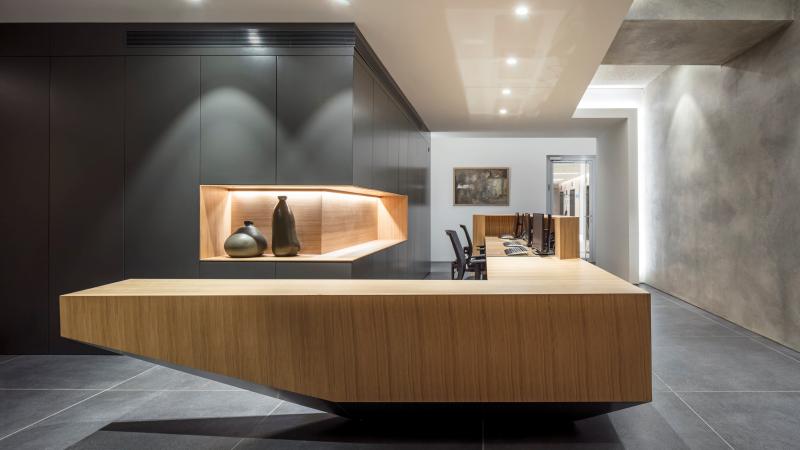